The outcome is determined with a three-game match game rule in the present Nippon Kempo.
In other words, the one that two points were scored first becomes a victory.
This one is recognized when the technology of Nippon Kempo was used for protective gear (MEN・DO) and intense striking and kicking was decided.
The authorization of more than two people of three judges should be necessary this authorization, and judge's will indication progresses by the flag to make it easy for an audience to know to expect fair.

Here is the referees gestures in combat: 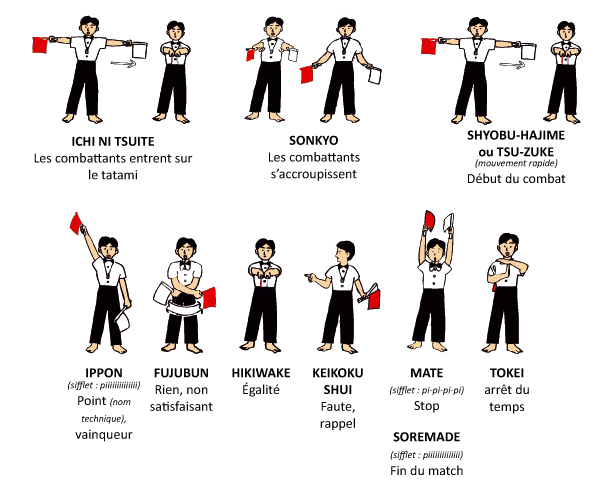